Airdrops, stimulants, and Scav bosses are having a party in Customs

Every time Escape From Tarkov gets near a wipe, random events crop up only to get reset after a few days. It is to let latecomers to the game experience high-level plays even when they just started. They can get ‘endgame’ Tarkov items and try them out for a limited time before the wipe.

Here are the most recent pre-wipe events.

The game’s official Twitter teased the first event. As usual, it doesn’t say anything explicitly. The tweet only has a tag for a caption and a picture of a radar that shows 16 planes flying by. A label on one aircraft identifies it as an IL-76MD-90A, the model the game uses for airdrops in raids.

Sure enough, raids now have an increased chance of airdrops, a treasure trove of loot for the Tarkov market. Players can risk getting them for the precious items or aim for suckers who want to get a piece of the action. It’s up to you if you wish to risk your life for some loot or ambush other players.

A tweet of Sanitar’s letter to a contact heralded the second event involving Sanitar’s prized drug, Obdolbos. The stim acts somewhat like Russian Roulette. In most cases, it will boost your stats by 20-50. That would make you a veritable juggernaut in the raid, steamrolling other players and Scavs. However, 5% of the time, it will reduce your health regen by -3000, killing you almost instantly.

The last time this event was active, the stim’s prices on the market could go up to 2 million roubles. It’s an alternative to possibly dying when using the drug. However, the last time’s variation could only boost about three of your stats with the same chances of killing you outright. Right now, the formula is a better version of the stim, so it could fetch a higher price.

The third day’s tweet was a newspaper headline that says the bosses are meeting together in Customs. In-game, that means there are always six bosses roaming about on the specified map. Of course, this means they’re not in their usual places, so you can also take advantage of that.

Here are the six bosses and where they first spawn:

Due to various mechanics, especially Killa’s and Tagilla’s, they may wander out of these areas. Be afraid if you can’t see them in those areas. Well, it could mean someone else got to them first, but if you don’t find the body, they’ve wandered off.

Here are some brief strategies when fighting these bosses:

Shturman is a long-distance fighter, usually flanked by two followers. You can snipe him from a safe distance, preferably with a gun with more than 62 headshot damage. Make sure the boss or the minions don’t see you. Another tactic is to close the distance as quickly as possible because he’s weaker in mid to close combat.

Killa and Tagilla are better fought separately, though it’s possible (but more challenging) to fight them both simultaneously. Keep your distance from Tagilla, as his primary weapon is a hammer that needs one to two strikes to kill you. Killa, in contrast, uses automatic or submachine guns to suppress his enemies. He’s also more prone to use grenades and cover.

You can identify Reshala quickly by his brown sweater or jacket. He’s also usually in the middle of a formation, surrounded by his four guards. Sometimes he might wander away from his position and become vulnerable to an attack. However, if you’re spotted, the boss will run behind his guards (along with one or two of them). The rest will stay in their position to fight you.

They tend to stick together, making them vulnerable to grenades and similar weapons. You should kill all 5 of them before looting, as the guards will hang around and kill you if you don’t. Reshala himself doesn’t put up much of a fight. It’s his guards that you should watch out for.

Six followers that have an assortment of weapons accompany Glukhar. Avoid engaging him in open areas. Your best bet is inside enclosed rooms or narrow hallways. You should identify him in the crowd and get in close. Target his head as much as possible because he has tough chest armor. After killing him, pick off his guards one by one. Get in as close as possible because their main strength is at a distance.

Sanitar carries many medical supplies. In a prolonged fight, he will break off to hide and try to heal himself. His guards may also attempt to do the same or aid Sanitar with injectors. When engaging them, prevent them from healing or kill them off quickly. They use basic tactics of flanking and ambushing, so be careful when approaching them. They also might use a crowd of Scavs nearby, all of them ganging up on you.

There isn’t an announcement yet, but data mining has revealed some data was added for something like poison damage. This suggests that the next event is about contaminated zones that stack on damage-over-time debuffs onto players. It’s possible to be cured, but it would cost about 4k roubles to remove.

This may be a feature to be activated after the wipe, but there’s still a possibility it’s a pre-wipe thing.

Date of the Wipe

The wipe is imminent, but nobody is sure when it will be. Hints and speculations place the wipe on June 30, about a week or less away. That means there’s time to enjoy these events and have fun with friends. Then the wipe will come, and the whole cycle will start again.

Enjoy these pre-wipe events, and use your Escape From Tarkov items!

How To Dress For Different Body Types? 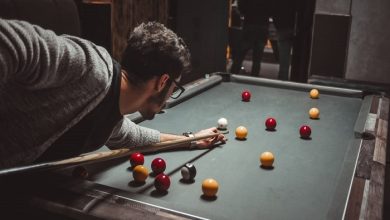 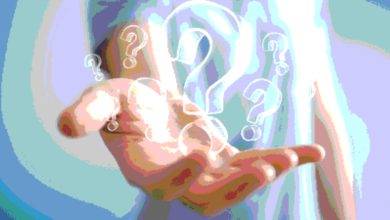 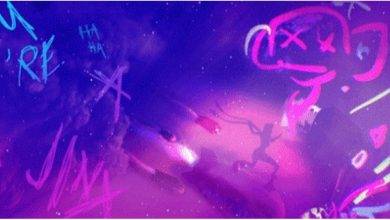